Share
Tweet
Share
Share
Email
Comments
Gluten is a protein, often found in rye and wheat. There have been numerous debates in the medical world whether it is healthy or not.
Gluten is found in most products we consume, like bread, pasta, crackers, and cereals. Take a look at the following lists that contain grains that contain gluten, grains that are safe to eat since they lack it, and some ingredients that secretly contain it:
These are the most common grains containing gluten:
Most common gluten-free grains include:
Undercover gluten ingredients:
In most cases, all processed and packaged products contain gluten. Recently, gluten intolerance has been linked to Celiac disease, an autoimmune disorder which negatively affects the small intestine.
Here are the 8 most common symptoms of gluten intolerance:
Tiredness and fatigue- Researchers have found that gluten allergies often lead to exhaustion and fatigue, due to an inflammation of the nerves, which drains the body’s energy
Sudden weight gain- The poor absorption of nutrients or chronic inflammation lead to a constant struggle with weight

Weak immune system- The immunity is attacked by IgA antibodies, due to the allergy itself. These antibodies are mostly found in the digestive system and saliva and make one prone to the flu and colds

Brain fogginess and loss of focus- According to the Journal of Neurology, Neurosurgery, and Psychiatry, it was found that people suffer gluten allergies as a result of antibodies called immunoglobulin, which can distort the proper brain function
Muscle and joint pain- The Arthritis Foundation discovered that gluten allergies can cause severe discomfort and aches in the joints and muscles
Chronic headaches- Studies have shown that 56 percent of gluten intolerant people suffer from migraines
Skin conditions- Gluten allergies often cause psoriasis, eczema, and acne, as well as rashes, redness, itching, and blistering
Teeth problems- Gluten allergies have been linked to ‘aphthous stomatitis’, a condition known to cause mouth ulcers and canker sores 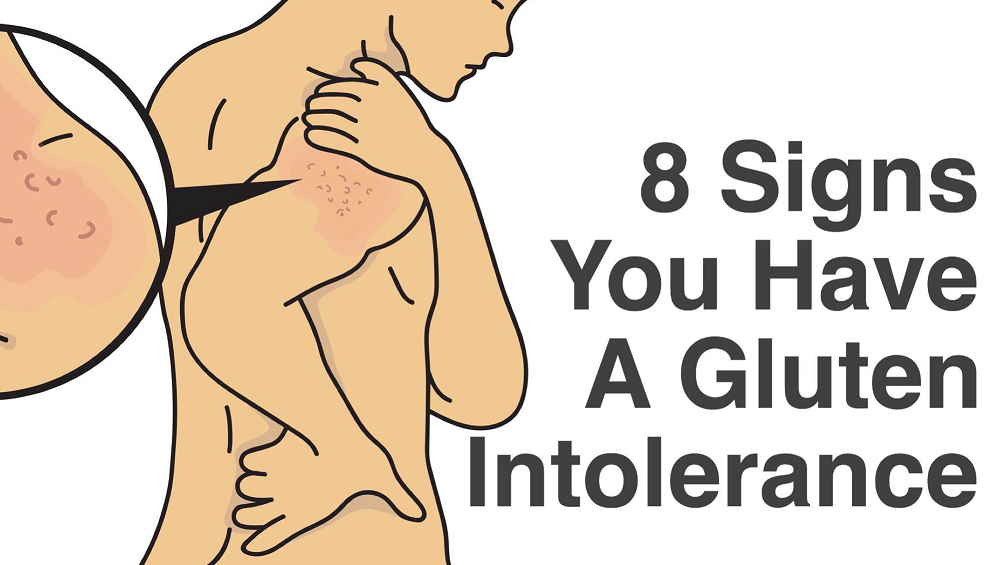 The Best Exercises For Inner And Outer Thighs

Why Drinking Water First Thing After Waking Up, Has Various Health Benefits

Everything You Need to Know About Every Thyroid Disorder: Signs, Symptoms, Causes, Treatments
The Best Exercises For Inner And Outer Thighs
To Top