Share
Tweet
Share
Share
Email
Comments
The habit of drinking water immediately after waking up in the morning offers amazing therapeutic effects for various health conditions.  This water therapy originates from the ancient Ayurvedic medicine, and it was known as Usha Paana Chikitsa, which roughly translates to, “early morning water treatment.”
This treatment was known to purify the entire body, cleanse the colon, and thus help the absorption of food.
In the 1970s, Dr. Fereydoon Batmanghelidj, re-discovered this ancient practice and actually proved that water has the ability to heal our body from various diseases and conditions, such as asthma, diabetes, migraines, high blood pressure, arthritis, and autoimmune disorders.
Dr. Batmanghelidj was born in Iran in 1931 and graduated from St. Mary’s Hospital Medical School of London University, where he studied under Nobel Prize winner, Sir Alexander Fleming.
In 1979, he went back to Iran, where he was imprisoned as a political prisoner for two and a half years. During his time in the infamous Evin Prison, he found the miraculous powers of water and managed to successfully treat 3,000 fellow inmates suffering from stress-induced peptic ulcer disease using simply water.
His findings were reported in the Journal of Clinical Gastroenterology in June 1983, and the New York Times Science Watch published them on June 21, 1983. He managed to escape from Iran in 1982, and when in America, he started researching the effects of chronic unintentional dehydration on our body.
He maintains that the natural thirst signals of the body are often ignored or mistaken for symptoms of other diseases, so we become chronically dehydrated as we age, and start developing various health issues.
Dr.Mercola speaks about the health risks of not drinking enough water:
“The No. 1 risk factor for kidney stones is not drinking enough water, for starters. There is also some research showing that high fluid intake is linked to a lower risk of certain types of cancer, such as bladder cancer and colorectal cancer.
Even the risk of fatal coronary heart disease has been linked to water intake, with women who drank five or more glasses of water per day reduced their risk by 41 percent compared to women who drank less.
Men, meanwhile, reduced their risk by 54 percent. Your body also needs water for blood circulation, metabolism, regulation of body temperature and waste removal.
If you are dehydrated, even mildly, your mood and cognitive function may suffer. In fact, according to a study published in the journal Physiology & Behavior, dehydrated drivers made twice the amount of errors during a two-hour drive compared to hydrated drivers.
So the issue isn’t that water isn’t important for optimal functioning; it’s that you may not need to chug water and carry a bottle with you wherever you go in order to stay adequately hydrated.”
Nowadays, we are more aware of the power of water. Dr. Dana Cohen, a functional medicine doctor, claims that proper hydration is the missing link in treating modern health problems:
“Insufficient hydration may be associated with fatigue, “brain fog,” constipation, colon cancer, bladder cancer, inflammatory bowel disease, type 2 diabetes, and many other disorders. Water’s presence in cartilage and skin suggests that dehydration might also be a factor in joint discomfort and skin dryness. Unhealthy food, certain medications, artificially heated and air-conditioned environments, and more share a lot of the blame.”
Dr. Cohen explained:
“I have pretty sick patients that come in to see me. Doing nothing else but hydrating them better and getting them to eat better—getting them to eat more hydrating food—changes their lives.”
However, Dr. Cohen claims that drinking water as soon as you wake up is not enough, as we need to hydrate at a cellular level as well. She suggests soaking chia seeds in filtered water and adding them to green smoothies.
Here are the instructions for the water treatment method:
Elderly people, people suffering from any serious health condition or individuals who have just started out, should begin the therapy with one glass of water daily and gradually increase the number of glasses. Moreover, make sure the water you drink is at room temperature or lukewarm.
The Japanese Medical Society claims that you can treat gastric issues and constipation after 10 days, and lower high blood pressure after a month.  It is also considered to be a natural remedy for various ailments, and a potent weight loss aid.
The water treatment method will improve your health in various ways:
— It jump starts up your metabolism by a whopping 24% for 90 minutes
— It will improve the function of the lymphatic system, and thus fortify the immune system, fight off infections, and reduce stress
— It will detoxify the body, cleanse the kidneys and the liver, and leave the skin clear and healthy
— The body is dehydrated after the night spent sleeping, so this habit will energize the body, boost the oxygen flow, and support the production of new muscle and blood cells
— In a well-hydrated body, the brain operates perfectly, and you prevent mood changes, fatigue, and feeling drained
— This habit will help you eat less, and studies have shown that it leads to weight loss, as “it fills up the stomach with a substance that has zero calories.”
Since our body is comprised of water, water can be the miracle cure we keep looking for. As researchers prove that most of us are chronically dehydrated, drinking a few glasses of water more during the day can drastically improve our health. 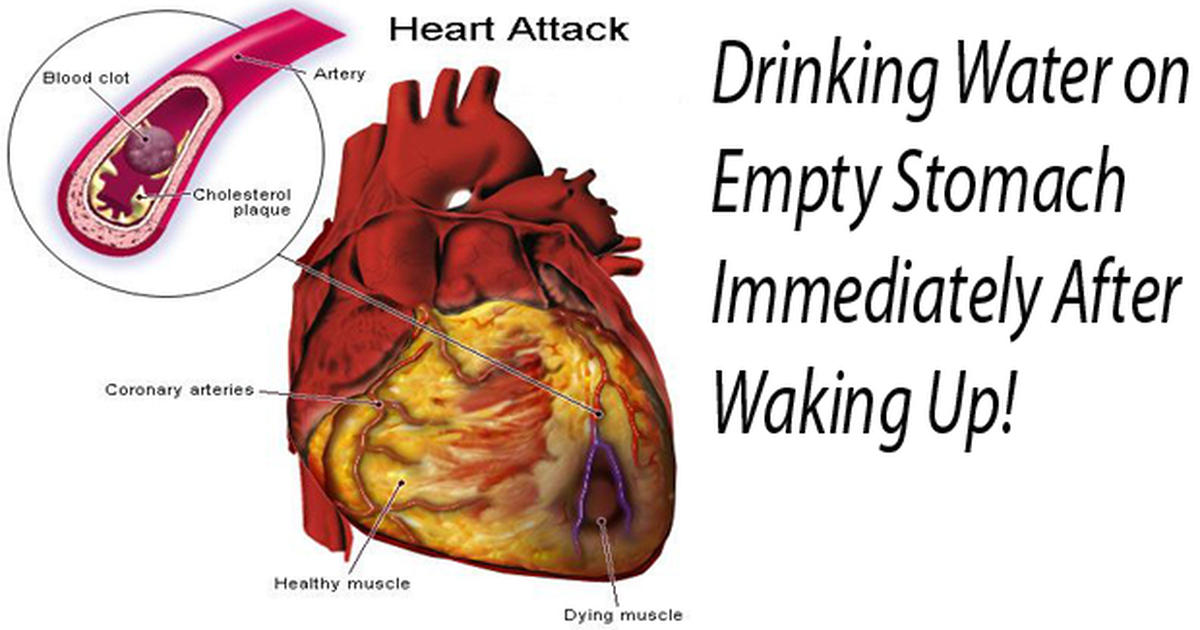 8 Signs You Have A Gluten Intolerance

The Best Exercises For Inner And Outer Thighs

Feta: The World’s Healthiest Cheese That Nobody Talks About

Believe It or Not, Freezing Lemons Might Be The Best Thing You’ve Ever Done With Them
20+ Uses for Coconut Oil
To Top